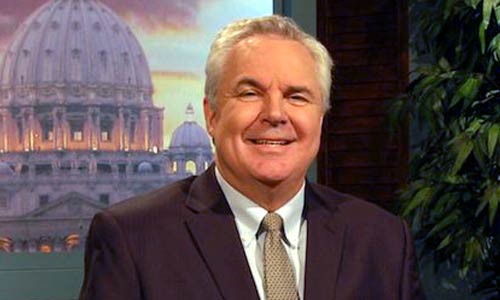 About The Journey Home

Every week for over 18 years, men and women from varied Christian (and even non-Christian) backgrounds have been joining Coming Home Network president and founder Marcus Grodi on EWTN’s The Journey Home Program to share their faith journeys.

Though their points of origin and the details of their stories differ widely, their journeys ultimately led them to embrace the fullness of the Catholic Church.

Be inspired by these stories that tell of a passionate commitment to truth and of seeking a deeper relationship with our Lord Jesus Christ.

Marcus Grodi received his BS degree from Case Institute of Technology in Polymer Engineering and worked for six years as an engineer. During this time, he was involved in a variety of Protestant youth and music ministries. He then received his Master of Divinity Degree from Gordon-Conwell Theological Seminary and was ordained to the Protestant pastoral ministry. During his more than fifteen years of youth, young adult, and pastoral ministry, his main emphasis was church and lay spiritual renewal. Marcus, his wife Marilyn, and their two older sons, JonMarc and Peter, were received into the Catholic Church on December 20, 1992. Their third son, Richard, entered through baptism.

Marcus now serves as the Founder / President of The Coming Home Network International, a non-profit, Catholic, lay apostolate aimed at helping other Christians, both clergy and laity, explore the Catholic Church. He also hosts The Journey Home, a weekly live television program, and Deep In Scripture, a weekly live radio program, both on EWTN. He is the author of Thoughts for the Journey Home, What Must I Do to Be Saved?, the novels How Firm a Foundation and Pillar and Bulwark, and the editor/author of Journeys Home and Journeys Home II. He has taught courses in catechetics, youth ministry, leadership, and theology at Franciscan University of Steubenville and the Pontifical College Josephinum. He has written regular articles for Catholic Answers Magazine, as well as other Catholic publications.