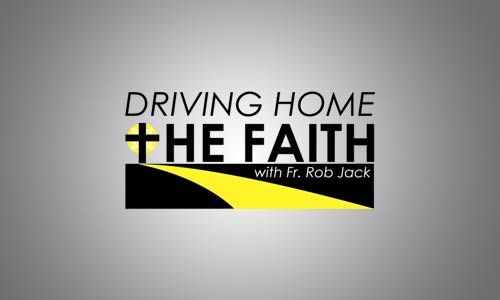 About Driving Home the Faith

Today, Debbie Nieport invites us to a pro-life prayer rally with Archbishop Dennis Schnurr, Fr. Jonathan Meyer explains why we must never forget that Mass is a sacrifice, and more -- plus traffic and weather to get you home safe.

Learn more about Vocation Ministry and Deacon Sunday at vocationministry.com

The Order of the Blessed Virgin Mary, Mother of  Mercy... Read More.

Today, professor and author Dr. Edward Feser joins us to talk with Fr. Rob about the Catholic approach to the sin of racism; filmmaker Don Johnson previews his new film about what's behind the "transgender explosion," and more -- plus traffic and weather to get you home safe.

Happy feast of  St. Faustina! Today, Fr. Chris Alar talks with Fr. Rob about Divine Mercy, Don Johnson (no, not THAT Don Johnson!) introduces his compelling documentary on "the transgender explosion," and more -- plus traffic and weather to get you home safe.

Learn more about Box of Joy at

Today, ethicist Jozef Zalot talks with Fr. Rob about issues in medical ethics, Fr. Chris Alar tells us what St. Faustina taught us about divine mercy, and more -- plus traffic and weather to get you home safe.

The National Catholic Bioethics Center is at ncbcenter.org

Today, Dallas Realtor David Ross tells us why people are coming from around the country for his symposium on Bl. Karl of Austria, Columbus Mercedarian friar Fr. Daniel Bowen tells us about the order's work in the city and Our Lady of Ransom, and more -- plus traffic... Read More.

Find essays by Michael Carter online at scholar.google and udayton.edu

The Ruth Institute is... Read More.

Happy Feast of the Archangels! Today, SVDP-St. Martin member Kathy Schaefer shares a story that explains why “neighbors helping neighbors” is more than just a program but a way of life, Fr. Robert introduces a classic book by St. Aloysius Gonzaga on the holy angels, and more – plus traffic... Read More. 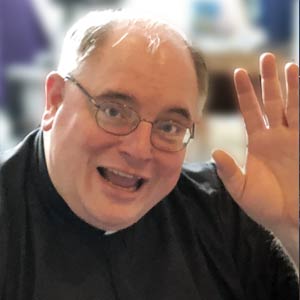 Father Jack has an MDiv. and an MA in Biblical Studies from the Athenaeum of Ohio, Mount Saint Mary’s Seminary. He also has an STL in Mariology from the International Marian Research Institute.

In 2007, Fr. Rob Jack started an apostolate, Delivering the Faith, producing and distributing catechetical talks and homilies on CD. He makes Rosaries and produces prayer cards to help people grow in their faith. His motto for spreading the faith is “If you want someone to do something, put it in their hands!” He has been involved in Catholic Radio since 1999 and the founding of Sacred Heart Radio. 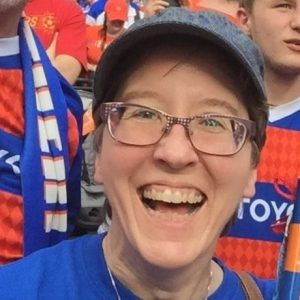 Involved with Sacred Heart Radio since her days as “Gail the Intern,” “Gail the Producer” has worked as a writer, editor, and author;  ran the local Catholic web magazine “The Catholic Beat” for five years; and designed “The Catholic Telegraph” for two.

Gail is from Pennsylvania, so what high school she went to will tell you nothing — except that Scott Hahn is also a graduate (though not the same year). A revert to the Catholic faith whose most recent non-media job was at Greater Cincinnati Right to Life, she has two grown children and likes to attend FC Cincinnati matches with her husband.