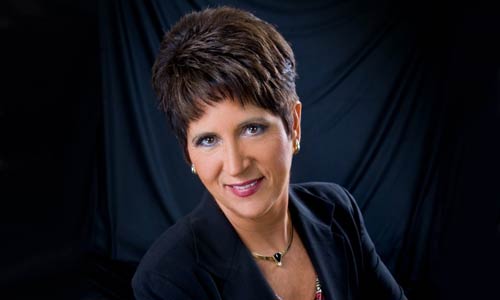 Teresa Tomeo is an author, syndicated Catholic talk show host, and motivational speaker with more than 30 years of experience in TV, radio, and newspaper, 20 of which were as a secular reporter/anchor in the Detroit market. In the year 2000, Teresa left the secular media to start her own speaking and communications company, Teresa Tomeo Communications, LLC.

Teresa appears frequently on the EWTN Global Catholic Television Network. Teresa co-hosts the EWTN television series, The Catholic View for Women, and is a field reporter for their annual March for Life coverage in Washington, D.C. Teresa serves as a correspondent for EWTN News In Depth. As a deacon’s wife, she is a columnist for The Deacon magazine. Teresa has been featured on Fox News, Fox & Friends, MSNBC, and Dr. James Dobson’s Family Talk Radio, discussing issues of faith, media awareness, and Catholic Church teaching, especially as it relates to the culture.

She was one of a select group of international delegates invited to the Vatican Women’s Congress in Rome, marking the 20th Anniversary of Pope Saint John Paul II’s letter, On the Dignity and Vocation of Women (Mulieris Dignitatem) in 2008. Teresa also spoke at the Vatican conference entitled, “The Rights of the Family and the Challenges of the Contemporary World” on the topic, “The Way Family is Perceived in Society,” presented by the Pontifical Council for the Family in 2013.

In her work as a pilgrimage/tour leader she has had the opportunity to visit various stunning locations all over Italy and has covered several canonizations of new saints in Rome. Visiting Italy on more than 60 different occasions has given her a unique understanding of how to navigate the Eternal City and beyond, whether one is traveling there as a tourist or a pilgrim interested in a Papal audience, and she continues to uncover something new, explores the roots and history behind the beautiful Italian culture, food, architecture, art, music, faith and more. In 2019, she opened her own Italy travel consultation company, T’s Italy (TravelItalyExpert.com) — one stop shopping for all things Italia, and especially where to eat, play, shop and pray.

Teresa has written more than 10 books, is an international speaker, where she addresses media awareness and activism, as well as sharing her reversion to the Catholic Church. She resides in Southeastern Michigan with her husband, Deacon Dominick Pastore. They travel the world giving marriage and diaconate couples’ retreats.