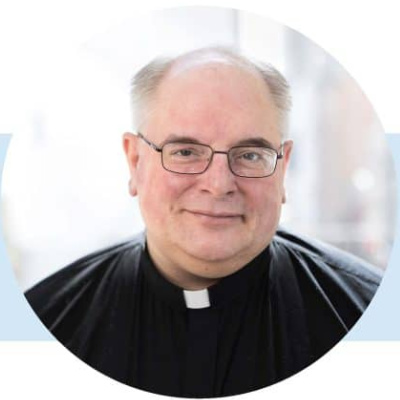 Fr. Rob Jack is a priest of the Archdiocese of Cincinnati. A Mariologist with both an MDiv and an MA from Ohio's seminary (where he later taught theology), Mt. St. Mary's Seminary and School of Theology, he also has an STL (Licentiate in Sacred Theology) from the International Marian Research Institute. He's produced hundreds of thousands of catechetical CDs through his apostolate, Delivering the Faith, and has made and given away tens of thousands of rosaries and produces prayer cards to help people grow in their faith. His motto for spreading the faith is “If you want someone to do something, put it in their hands!”

Fr. Jack has been involved in Catholic Radio since 1999 and in the the founding of Sacred Heart Radio, and is the host of "Driving Home the Faith."