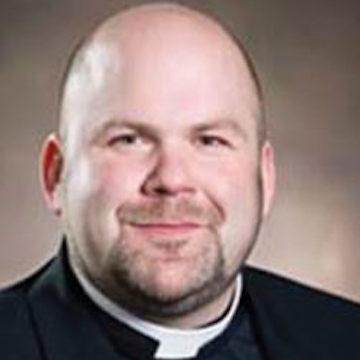 When Fr. Jonathan Duncan was born, his family was Missionary Baptist, but by the time he was in school, they had become Assemblies of God, and his dad was a pastor. After scandals involving his dad’s leadership, his family got out of active ministry, but Fr. Duncan was still interested in faith, and found a home in a local Episcopal congregation. When he felt a call to ministry, he was originally ordained an Episcopal priest, but the question of authority troubled him. Eventually, he became convinced of the truth of the Catholic faith, and became a priest through the Personal Ordinariate of the Chair of St. Peter. He and his family reside in the Diocese of Charleston.