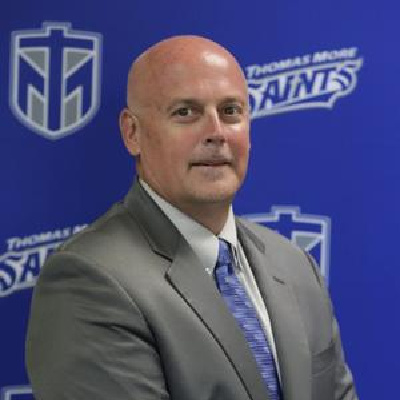 Terry Connor, director of athletics at Thomas More University, is the son of the late Jim Connor, who served as both head baseball and basketball coach as well as athletics director at Thomas More from 1979-90.

In June of 2010, as a result of its successes during the 2009-10 academic year, Thomas More finished with its highest-ever ranking in the Learfield Sports Directors’ Cup, the prestigious award presented annually by the National Association of Collegiate Directors of Athletics (NACDA), Learfield Sports and USA TODAY to the best overall collegiate athletics programs in the country. Of the 450 eligible colleges and universities in NCAA Division III, Thomas More finished ranked at No. 57, or in the top 14-percent, with a total of 279.5 points. Thomas More had its second-highest finish during the 2015-16 academic year as it placed 59th with 317 points.  The College's third highest ranking came following the 2014-15 academic year as it placed 61st with 298 points.  Thomas More had a school-record nine teams win their Conference Championship Tournament title during the 2016-17 academic year.

A 1992 graduate of Thomas More, Connor received his bachelor’s degree in history and then went on to obtain his master’s degree in education from Xavier University in 1996. He and his wife, Michelle (TMC '94) reside in Covington, Kentucky with their daughter Jalee, (TMU '20), and son Braden (TMU '21).