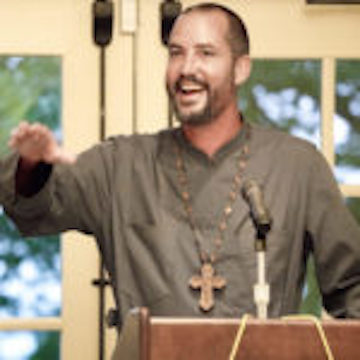 Fr. Hezekias Carnazzo is Founder and Executive Director of the Institute of Catholic Culture. He graduated from Christendom College in 2004 and completed a master’s degree in systematic theology with an Advanced Apostolic Catechetical Diploma at Christendom College’s Graduate School of Theology. In 2009, Fr. Hezekias founded the Institute of Catholic Culture and has since served as its Executive Director. Ordained to the priesthood on May 1, 2016, he also serves as the Director of the Office of Catechesis and Evangelization for the Melkite Greek Catholic Eparchy of Newton. Fr. Hezekias has lectured throughout the U.S., is a regular guest on the Son Rise Morning Show, and has appeared on EWTN’s Sunday Night Live and The Journey Home. He and his wife Linda have seven children.