Rosary for Vocations with Archbishop Schnurr
5:30am - 6:00am

Rosary for Vocations with Archbishop Schnurr
5:30am - 6:00am 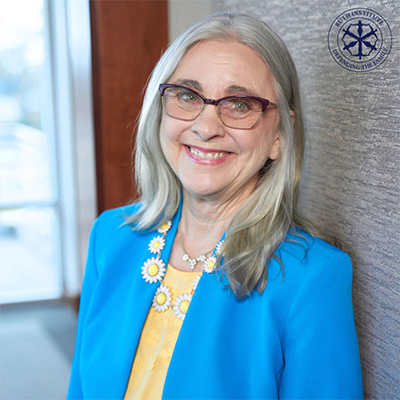 Dr. Jennifer Roback Morse is the founder of the Ruth Institute, an interfaith international coalition to defend the family and build a Civilization of Love.

Dr. Morse was a campaign spokeswoman for California’s winning Proposition 8 campaign, defining marriage as the union of a man and a woman. She has spoken around the globe on marriage, family and human sexuality and is the host of the Dr. J Show podcast Her work has been translated into Spanish, Chinese, Korean, Polish and Chuukese, the native language of the Micronesian Islands. Her latest book is The Sexual State: How Elite Ideologies are Destroying Lives and Why the Church was Right All Along.

She earned her Ph.D. at the University of Rochester and taught economics at Yale and George Mason Universities, and was named one of the “Catholic Stars of 2013” on a list that included Pope Francis and Pope Benedict XVI.

Dr. Morse and her husband are parents of an adopted child, a birth child, and a goddaughter, and were foster parents for San Diego County to eight foster children. In 2015, she and her husband relocated to Lake Charles, Louisiana, where the work of the Ruth Institute continues.